The greatest ad ever made

You know which one I’m talking about don’t you? Not ‘Just do it,’ not a drumming Gorilla and not even the guy stripping off in the launderette… That’s right, it’s the heart stopping, timeless, cinematic and universally adored; Guinness Surfer ad that has catapulted its way to the podium.*

Believe it or not, this stunning piece of work is now 21 years old. Here’s a quick reminder, well worth the 1.41 minute watch: https://www.youtube.com/watch?v=rLAvkbFugEI

To celebrate the anniversary I recently attended an event hosted by The Drum. We were treated to behind the scenes insights from Walter Campbell, the agency Art Director and Guinness Marketer Andy Fennell, key members of the team behind the ad.

Here are a few of my favourite outtakes from the night…

Andy and Walter began the conversation by showing ‘Swimblack’, the ad that preceded Surfer. This was AMV’s first piece of work for Guinness and the birth of ‘Good things come to those who wait.’

Fascinatingly Walter talked about how he and Tom, his creative partner, were desperately searching for a point in the brief to focus on that was exclusive to Guinness, but something different that the other agencies in the pitch wouldn’t go for. They eventually settled on the insight he’d learnt as he was being shown how to make a Guinness, the fact that it takes time to pour. He knew this could be a negative connotation, a risk, but if he could find a creative spin, then he would have carved a fresh angle for the brand. So waiting and time became the essence of the idea.

“Good things come to those who wait” a well known phrase, became the strapline and the first ad, “Swimblack,” was a huge success. The real challenge was to come up with a better ad to supersede it.

What inspired the horses in the waves?

Walter reminisced about a childhood memory of walking with his aunt on a beach in Ireland. As the huge waves came tumbling towards them on the shoreline, his aunt would say to him, “Can you see the horses?” A good creative never forgets.

The deathly blow of research

The ad performed terribly in link testing, but thankfully Andy trusted his agency team and his instinct. He fought internally at Guinness for nearly a year to get the ad made. Andy knew that research is invaluable in the process, but only if it is one of the voices in the room and not the lead.

Shooting in Hawaii was a massive challenge. Nine days. Huge waves, jet skis with ladders strapped to them (drones weren’t around then) and Walter venturing far out to sea with the director Jonathan Glazer despite the fact that he couldn’t swim!

When the team got into post production, they were at the then cutting edge of SFX to bring the vision to life.

Despite the product shot only appearing in the final frames for a few short seconds, the rest of the ad is so instinctively Guinness. Both Andy and Walter talked passionately about encouraging us all to look for subtler, more intellectual ways to breathe the brand into our advertising. For Guinness it was of course the black and white film work, the music, the black swimming shorts, the white waves and horses, but most memorable; the silence. Nowadays, all very Guinness.

So, where have all the good ads gone?

I can’t remember many times TV advertising captivated an audience quite like Guinness did in 1998. As a child, when the ad came on the TV, I’d run into the room shouting “the ad with the horses is on,” we’d actually stop as a family to watch it.

We all know the hundreds of reasons why TV advertising to some degree has lost its captivating edge, be that media fragmentation or the centralization of lead creative. The fear of failure leading to lack of experimentation. Brands are now switched on 24/7, with the pressure to respond and market themselves in real time. The luxury of a large budget and a year to make an ad is almost unheard of these days.

However, I often wonder if the problem runs deeper. Whilst I’m sure some clients still want to make THE next best TV commercial, I’m convinced this ambition is less prevalent with smaller brands. Yes Guinness is a global brand with enormous kudos and the authority to make iconic advertising, but it was iconic advertising that made them a big brand in the first place. Saying you want to make great ads and seeing it through are two different things.

Walter and Andy left me thoroughly inspired and fired up. So if there are any clients out there wanting to make their career and leave an advertising legacy to tell their grandkids about, throw an epic brief our way. Give us freedom, challenge and trust us to produce our best work. We’ll help you fight tooth and nail for creativity internally with your colleagues. We may not produce the next “Surfer”, they are few and far between, but if we fight to make iconic, memorable advertising in any media, no matter how large or small the brand is, then we will at least produce ads that get noticed, which is the point. As Andy and Walter said, it will be worth the wait. 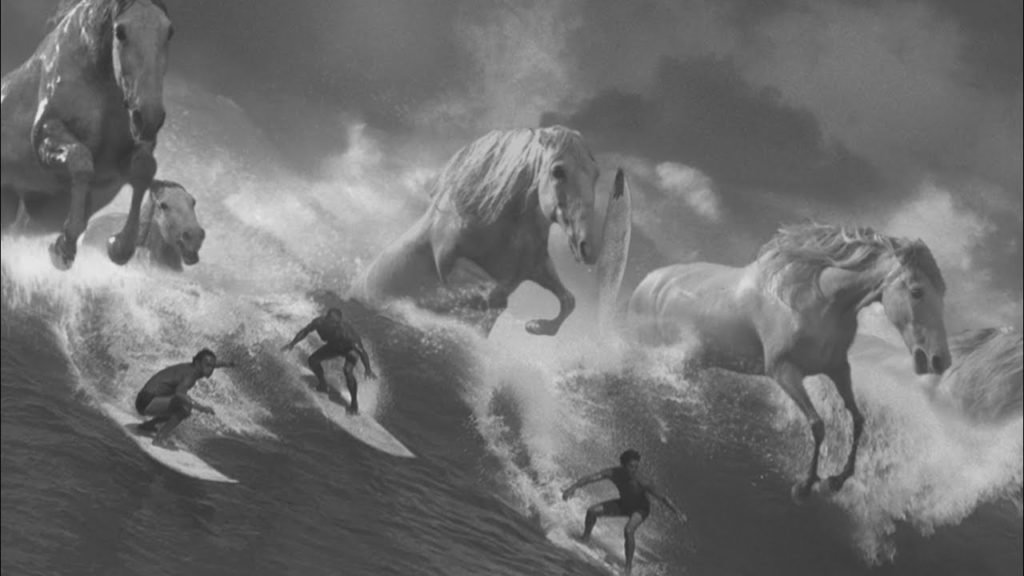