Unintentional or by design?

With 6 weeks to go until the big day; the next few weeks are likely to be rammed full of Christmas campaign critiques from the marketing world, so what better way to kick it off than with Iceland’s controversial spot #NoPalmOilChristmas 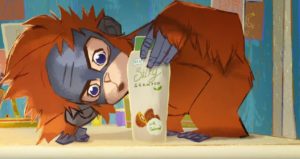 The public are up in arms at the thought of Clearcast banning the ad after it was deemed ‘too political’, with just shy of 650,000 signatures so far insisting the ad is aired. To people outside of the advertising world, this story will come as quite a shock. Not everyone will realise that getting an ad with a political stance approved for TV is near on impossible. Yes they understand that when an election is due, the politicians features are smothered in legal warnings, but there is far less understanding when it comes to where regulation stands on brands with a politically skewed message featuring in their ads.

This is likely to open many questions for people, how many other ads with good causes, yet with a political nature didn’t reach my TV screen? What else is being hidden from my viewing? An interesting dilemma for Clearcast to consider. With the growing issues facing our planet today and brands having the ability to give these issues a voice, what role does advertising play in all of this and how can Clearcast remain responsible yet relevant for today?

But the main controversy is this. Whilst Iceland have used Greenpeace’s film as an outstanding piece of advertising with stunning illustrations and ground breaking narrative, was this their intention all along, to submit an ad to Clearcast that was never going to be approved? We would argue yes, absolutely. Icelands legal team, their marketers and their agencies would have known from day one that this was never going to be seen on TV, but here in lies the beauty. By attempting to get it aired, they have created one of the biggest advertising stories of 2018 and raised huge awareness of the destruction that comes with deforestation; in a way far bigger than a lone TV ad ever could.

They’ve created a movement behind their campaign and drummed up many controversial issues; that without the Clearcast ban would possibly never have been talked about as much. And the drive to watch the ad on social, which likely added thousands of new followers for Iceland, was quite simply a genius move. So for their astounding initiative, originality and creativity, we salute them and wish them all the best for their campaign.

Now where’s that petition for signing…